On July 5, 2022, famous musician Carlos Santana fainted on stage while playing at Clarkston’s Pine Knob Music Theatre in Michigan. While medical staff onstage first diagnosed his condition as “serious medical,” the guitarist seemed to recover quickly. As he was pushed offstage and transferred to the closest nearby hospital, fans were pleased to see him waving at them.

Santana has previously had a cardiac operation in 2021, canceling his Las Vegas residency for December of that year. According to the artist’s publicist, Michael Vrionis, Santana fainted due to dehydration and tiredness from his hectic schedule but was “doing OK” after being evaluated in the emergency room at McLaren Clarkston Hospital. 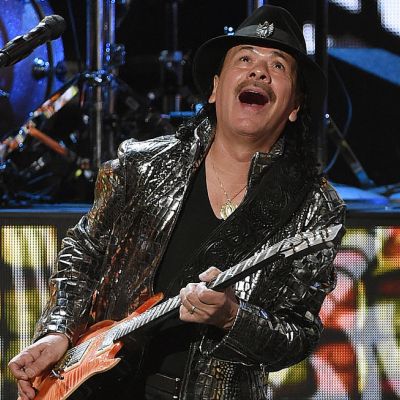 Santana is presently on tour with Earth, Wind & Fire on his Miraculous Supernatural 2022 tour. The trip started on June 17 and will go through the end of August. The guitarist fainted during a performance of Joy at Pine Knob Music Theatre. Following the tour, Santana will resume his engagement at the House of Blues in Las Vegas. Aside from that, he is working on a biographical documentary for Imagine Documentaries and Sony Music Entertainment. Meanwhile, word of Santana passing out on stage quickly traveled throughout the internet, with admirers wishing him well on social media.

At @pineknob #carlossantana having to sit down on the stage right before they stopped the show. Glad he seems ok now pic.twitter.com/6tcAo4i0wQ

Carlos Santana is the one of the reasons I play guitar today. He was giving one of the best concerts I’ve ever seen before he had a medical emergency. I saw him walk off and wave but still this is so scary. Well wishes Santana!!!

Carlos Augusto Santana Alves rose to prominence as a member of the Santana Blues Band in the late 1960s and early 1970s. Santana was created in 1966 and has gone through various lineup changes since then, with Carlos being the only constant member. The publication of their 18th studio album, Supernatural, catapulted the band to fame. In 2000, the band set a record by winning six Grammy Awards in one night. Santana’s music comprised his lyrical, blues-based lines juxtaposed against Latin American and African rhythms performed on percussion instruments seldom seen in the rock. Carlos rose to popularity in the late 1990s. In 2015, he was ranked No. 20 on Rolling Stone magazine’s list of the 100 greatest guitarists. He has also received ten Grammy Awards and three Latin Grammy Awards, and he and his band were inducted into the Rock and Roll Hall of Fame in 1998. Cristobal Jodorowsky Passed Away At The Age Of 57 Debra Lomas- All About The Mother Of Anna Popplewell

Debra Lomas is a dermatologist who graduated from Newnham College in Cambridge. She is best known as the mother of Anna Popplewell, an English actress best known for her portrayal as Susan Pevensie in
Read More