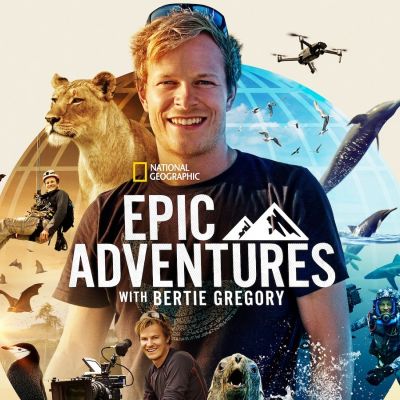 “Armed with cutting-edge video equipment, National Geographic’s Epic Adventures With Berties Gregory breaks the pattern of the usual natural history show by delivering spectacular, true-life animal tales and bringing viewers along for every beat of the action.”

“This season, we’ll see Bertie brave the frigid regions of Antarctica in quest of the largest assembly of whales ever seen, as well as meet professional buffalo-hunting lions in Zambia. He will lead fans on an ambitious voyage throughout the globe in this multipart adventure series, showing the natural world at a time when it is facing its greatest challenges.”

The future series’ creators include James Brickell from Welcome to Earth, as well as Hugh Pearson, Susie Povey, Parker Brown, George Pagliero, and Will West. Additionally, BAFTA and Emmy Award-winning Vanessa Berlowitz (Planet Earth) and Anwar Mamon serve as executive producers for Wildstar Films (Life at the Waterhole). The docuseries has already been renewed for a second season, which is in the works.

Epic Adventures With Bertie Gregory takes viewers on a tour through the world of wildlife cinematography.

Epic Adventures with Bertie Gregory, the new docuseries premiering on Disney+ on September 8, is centered on the adventure, strength, and persistence of a wildlife videographer throughout his exploratory travels. The five-part docuseries follows Bertie Gregory, a 29-year-old National Geographic explorer, as he chronicles the world’s secret corners. From Antarctica to Zambia and everywhere in between, the award-winning filmmaker exposes the audience to his cutting-edge technology and abilities behind the camera while simultaneously providing a close-up view of Earth’s amazing animals.

Bertie Gregory allegedly remarked on his work and the extraordinary trip that the docuseries led him on,

“I’ve been involved with the behind-the-scenes animal hybrid shows for quite some time. But to execute it on this scale, with this ambition, and to really aim for the same behavior and spectacles as the most iconic natural history presentations — that’s huge.”

Furthermore, Gregory’s attractiveness and lighter humor are evident throughout Epic Adventures with Bertie Gregory, even as viewers get a taste of his profession’s rugged and dangerous nature. An environmentalist at heart, the filmmaker is also committed to showing the current state of the natural world, even as it faces some of its most challenging challenges.

Other information about Epic Adventures With Bertie Gregory

According to the promo videos and the official description, wildlife fans can expect Bertie Gregory to take them on a journey through the distant woods of Zambia, the tropical islands of Costa Rica, and the frozen tundra of Antarctica while filming wildlife such as lions, hammerhead sharks, and leopard seals. The range of unexpected encounters he records is perhaps more impressive than the locations and creatures. Gregory captures pilot whales and bottlenose dolphins physically playing and stroking one other for the first time in wildlife cinematography. He also navigates crocodile-infested woods, sees a herd of buffalo fight a lion’s pride, and sees one of the largest fin whale groups ever seen in Antarctica. 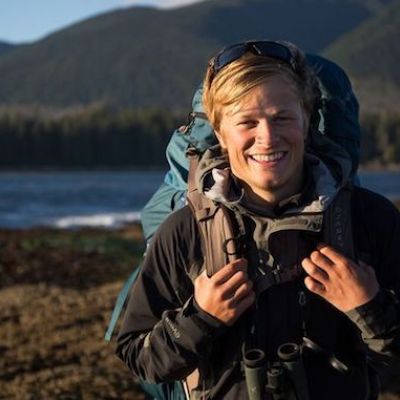 Epic Adventures With Bertie Gregory takes you behind the scenes to see the equipment and techniques he uses to make the perfect film. The series will also show his underwater scooter rides, usage of “rebreathers,” military scuba diving gear that allows him to stay below for longer periods of time than normal, and cutting-edge drone technology used to catch eagles hunting from the air. 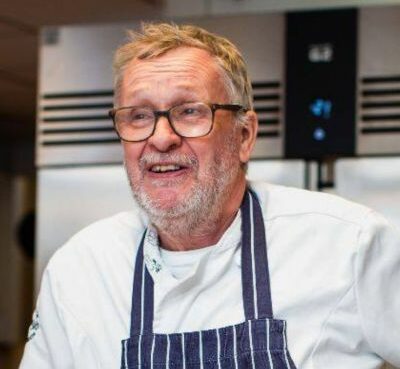 Alastair Little Passed Away At The Age Of 72

On August 2, 2022, the acclaimed British chef Alastair Little died in Sydney at the age of 72. During the 1980s, he garnered fame for his iconic Soho restaurant and appearances on British television.
Read More 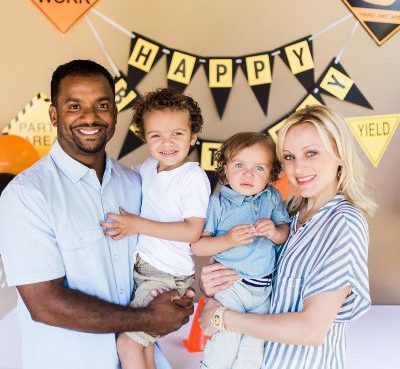 Anders Reyn is one of those superstars that is well-known due to his famous parents. He is the son of Alfonso Lincoln Ribeiro, a well-known comedian, singer, dancer, TV personality, and actor. Quick
Read More 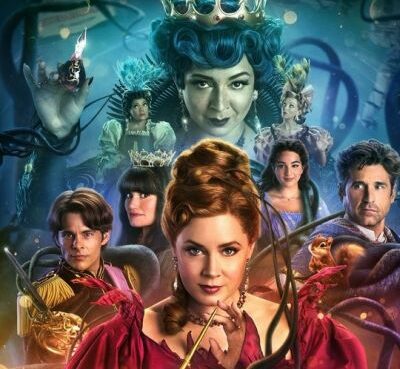 “Disenchanted” Is Set To Be Released On Disney +

The fantasy romantic-comedy musical film Disenchanted is planned to premiere exclusively on Disney + on Friday, November 18, 2022, at 3 a.m. ET/12 a.m. PT. The planned musical is a sequel to 2007 hit
Read More