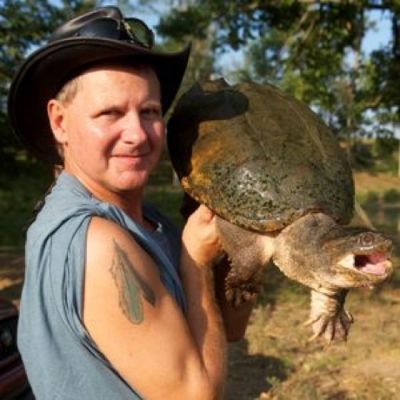 Ernie Brown Jr. was born in Kentucky on March 28, 1965, to Ernie Lee Brown Sr. and Lola Brown. The 57-year-old, who spends most of his time outside, captured his first snapping turtle when he was seven years old. Later, at the age of 12, he collected a 50-pound turtle and presented it to the Louisville Zoo.

Brown’s career has seen him catch almost 12,000 turtles, earning him the moniker “Turtleman.” He utilized this alias to publish videos on YouTube, which quickly became quite famous. His popularity on the site drew the attention of Animal Planet, which approached him about a program. The network chose to screen a 12-episode series with Brown called the Turtleman of Wild Kentucky, which was eventually renamed Call of the Wildman. Brown’s unusual shout after successfully capturing a snapping turtle inspired the new moniker. From 2011 through 2014, the program aired four seasons, with “Banjoman” Neal James appearing on a regular basis.

Brown and his ex-wife Debbie Brown have two children, Courtney Brown and Megan Brown. Debbie has custody of both daughters, but they have a strong connection and care for them jointly. The girls have had a difficult childhood. While Megan suffers facial and neck paralysis, Courtney has had Juvenile (type 1) diabetes since the age of six. Brown works hard to raise awareness and funding for children with Juvenile Diabetes. Furthermore, Brown has a million-dollar net worth, according to Celebrity Net Worth.

Brown had the worst accident of his life.

Brown told his followers that the accident occurred when he was chopping down a tree. He went on to say that when he chopped down the tree, a different limb fell on him from 50 feet above and smacked him “across the neck and shoulders.” He proceeded by joking, as he always did. 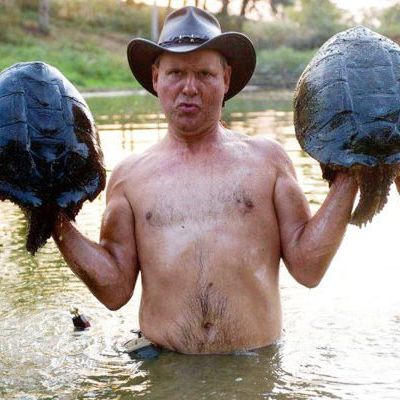 “I’ll tell you right now that I broke that leg in two. I was knocked unconscious for two minutes, but I got the limb. I’m not sure who won; I believe it was a tie.”

Doctors have performed several tests and x-rays to examine his body, particularly his heart and chest. When he was hospitalized in January 2022, the actor recovered from COVID a month ago. Brown jokingly linked this episode to all of his previous mishaps. He said,

“It was another of my toughest knocks. Except for the bull, this is the best one right now; it defeated the bull. It was better than the automobile crash and my chainsaw cut.”

After a man swung a chainsaw around and whacked him in the face, he required over 190 stitches. He also had a serious vehicle accident and was smacked in the face by a piece of scrap metal in Ohio. 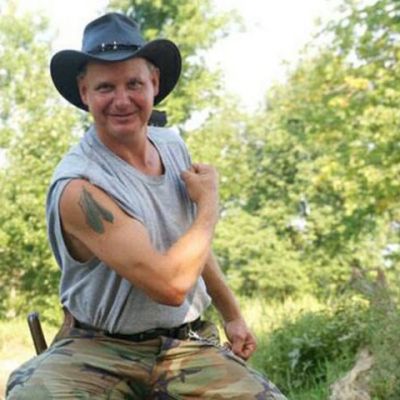 Ernie Brown Jr., commonly known as the “Turtleman,” was recently involved in a “severe accident” in which he suffered a bone fracture as well as other injuries. While lying in a hospital bed, he notified his followers about the event through a Facebook live broadcast. Brown described the occurrence as the worst accident of his life, explaining that a tree limb the size of his leg had fallen on him. He elaborated,

“I’ve got one shattered bone in my arm. My chest is throbbing. I was struck by a tree branch the size of my leg.”

Fans all across the globe wished the Call of the Wild star a speedy recovery. 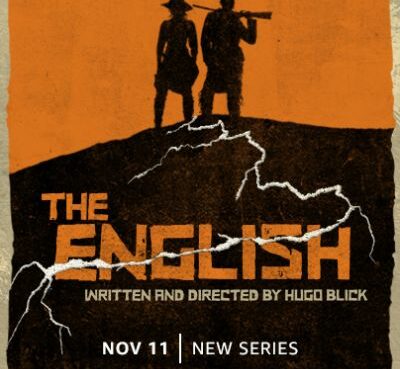 “The English” Is Set To Be Released On Prime Video Soon

The English, a six-episode Western series that will premiere on BBC Two in the United Kingdom on November 10, 2022, is one of the most important November 2022 releases. The series will be available on
Read More 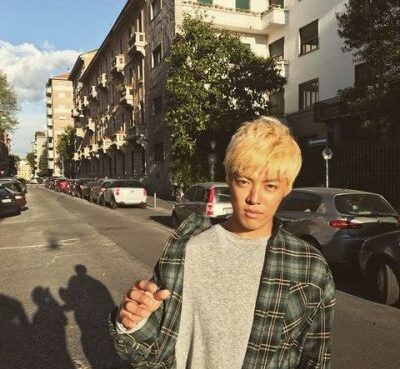 Yasuo Namekawa, as Kangnam, a Korean-Japanese singer, has some exciting news for his fans. The idol just passed the citizenship exam and is now a citizen of Korea. The idol was born in Japan to a Japa
Read More 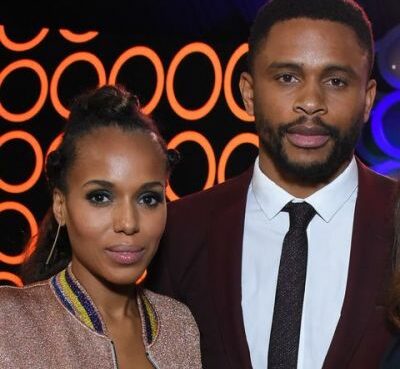 Kerry Washington was in love with someone else before marrying her spouse. She was accompanied by actor David Moscow, widely known for his roles in Big, Newsies, and Zoe, Duncan, Jack & Jane. In O
Read More