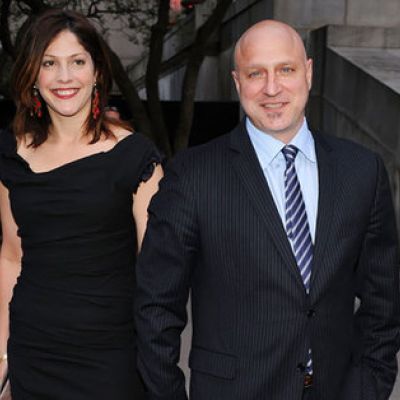 Tom Colicchio married Lori Silverbush at Martha’s Vineyard in September 2001. Colicchio’s wife was a waiter at Gramercy Tavern, one of Tom’s restaurants, when the pair met seven years ago. Silverbush had completed her master’s degree in cinema studies at New York University and was working as a young filmmaker to support herself.
The couple hit it off, and romance deepened over time, but she quit her restaurant job to follow her love full-time.

Colicchio finally proposed to Silverbush as they were standing in line for pastrami sandwiches at Second Avenue Deli. Of course, his wife responded yes and that they were embracing when the Deli man shouted, “Your sandwiches!” The pair had planned to marry on September 15, and the date had been fixed for quite some time. However, unanticipated events forced them to seriously contemplate canceling their wedding.

Tom Colicchio and His Wife Are Still Together

The horrific 9/11 terrorist attacks occurred only a few days before their wedding, leading them to rethink their vows.
“We thought we didn’t have the right to be happy.” “But people phoned and said, ‘You’ve got to keep going,'” Colicchio said. Ultimately, the couple went forward with their wedding. 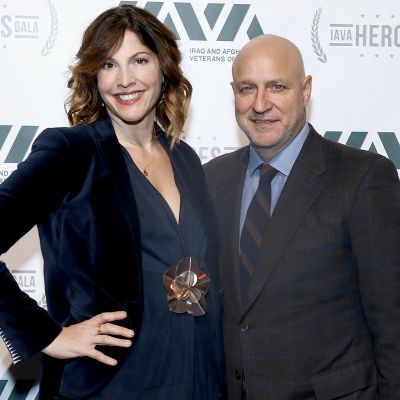 The couple went down the aisle in front of 120 relatives and friends who had traveled for hours and days in vehicles, buses, and trains. Meanwhile, 30 guests were unable to attend owing to delayed flights. Because of the terrorist attacks, the couple postponed their honeymoon plans after the wedding. The couple realized it wasn’t the place for a romantic trip, so Colicchio started cooking as a volunteer to feed rescue personnel.

Colicchio addressed the time of his wedding on Twitter in 2017, noting that he considered canceling it, but his wedding ring was engraved “don’t postpone joy.” The chef and his wife have two boys, Luka and Mateo, and are also the parents of Dante, the chef’s former relationship’s son.

Tom Colicchio Stated That Parenting is compared to cooking.

The Top Chef judge linked parenting to cooking on an episode of the internet series Beats + Bites with the Potash Twins. Colicchio became upset when discussing his rise to the top of the culinary industry. He said that his father, a corrections officer, advised him to become a chef. Before leaving New Jersey to make it famous in New York City, the Top Chef judge worked hard. And while striving to make it in the food industry, he worked hard, but it came at a cost. 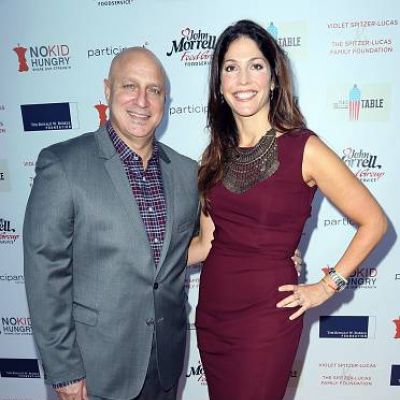 He reflected on his early years and wished he could have been a better parent to his eldest son. He said that he was quite busy while Dante was growing up and could not devote much attention to him. But with his younger boys, he was doing things differently. The chef made an effort to spend as much time as possible with his two younger children, who were growing up. “I can get a dish back if I mess it up, but I can’t get my children back.” “I’m feeling choked up now!” Colicchio stated. 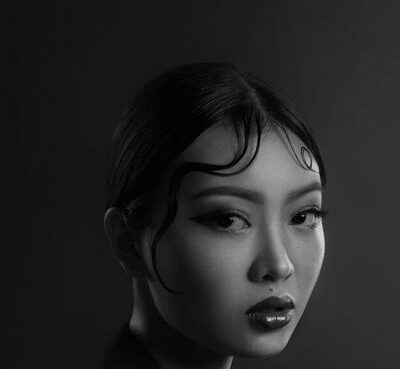 Grace Ling- The Designer Behind JLo’s Marry Me Promotion Outfits 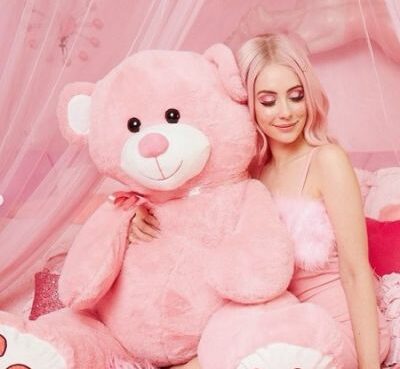 Leah Ashe is a popular social media celebrity, gamer, YouTuber, video game broadcaster, and model from the United States. She is well-known on YouTube for her many featured videos with a girlie twist.
Read More Maia Mitchell relocated to Los Angeles from Australia when she was 18 years old, and since landing a role on The Fosters, her career has taken off. On her Instagram, the actress keeps followers up to
Read More